You are here:Home\joimax® , Inc. opens its first Education & Training Center in Irvine, California, posts record sales in the US and continues to make gains with endoscopic reimbursement

IRVINE, CA – August, 31, 2017– joimax® announces the grand opening of its new state-of-the-art Training and Education Center in Irvine, California. The company will be holding its first workshop at the Center on September 8-9th.

As the market leader in endoscopic spine surgery, joimax® is fully dedicated to outstanding physician education, training and services worldwide. Due to the newly released US CPT reimbursement code, valid since January 1st, 2017, the demand for joimax® endoscopic procedures are growing monthly in the USA among patients as well as the physician community. This fast growing demand creates major needs which joimax®, Inc. is addressing with fast expansion of its US organization.

“This new wet lab facility provides a major base for supporting our fast growing education needs for both our new sales and clinical associates, but moreover it’s a place for physicians to be trained,” states Bob Wolownik, National Director of Sales for joimax® Inc. 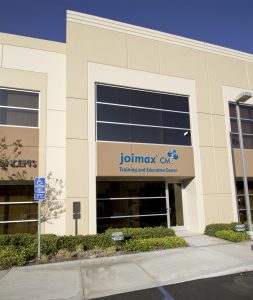 joimax® also announced that they are taking the lead in supporting this years’ workshops and educational sessions at:

jjoimax®  has also made significant strides in reimbursement support for endoscopic spine procedures via a new external coding support hotline that it manages along with a payor correspondence package. joimax® Inc.’s Vice President of Operations & Reimbursement, Brian Schneider, recently stated “We have seen a significant rise in interest from both payors and physicians asking to receive information and streamline communication regarding the new endoscopic spine code.”

“As we received a first CPT reimbursement code for endoscopic spine surgery earlier this year and now invest wisely for future growth, joimax® will continue to write a major success story in the US, similar to what it has accomplished in Europe and Asia, “ states Maximilian Ries, General Manager for joimax®, Inc. He announced that the company is continuing to post record sales by nearly doubling its year to date US revenues, which is in line with the companies’ budget plan.

Overall joimax® is very pleased with the great strides achieved in the US market and sees continued sustainable growth globally. “All this is an important step towards the full acceptance of endoscopic minimally invasive spine surgery techniques and their benefits to both the physician and their patients in the US now as well,” echoes Wolfgang Ries, Founder and CEO of joimax®. 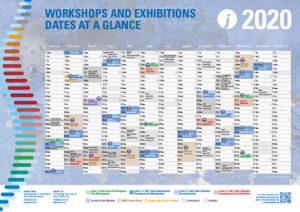