Karlsruhe, Germany – January 17th, 2017 – the German based market leader of technologies and training methods for endoscopic minimally invasive spinal surgery joimax® announces again very satisfying growing sales figures. Record sales in 2016 are representing another 31% growth vs. 2015. This is in line with a Compound Annual Growth Rate (CAGR) from 2007 – 2016 of around 32%. Projections into 2017 show even accelerated growth due to the worldwide increasing adoption rate of the joimax® procedures.

joimax® is active in 45 countries by now and meanwhile enjoys a strong reputation in Europe and also in Asia which will now spread out into the US-market as well. “The entry in force of the CPT 2017 reimbursement Codebook (Current Procedural Terminology) as of January 1st, 2017, is a milestone towards the full acceptance of endoscopic minimally invasive spine surgery techniques. The codebook now contains the first endoscopic spinal surgery code, under which the specific transforaminal (TESSYS®) and/or interlaminar (iLESSYS®) procedures marketed by joimax® are now eligible in the USA and this will further contribute to fully increase sales in the US as well” states Wolfgang Ries, Founder and CEO of joimax®.

joimax® technologies are based on worldwide intellectual property and the company holds now more than 150 patents and trademarks. Only in 2016 18 patents and patent publications were issued to joimax®. The latest one is Patent No. EP 2 983 622 for the EndoLIF® Cage, which has been introduced to offer a minimally invasive as well as open (TLIF) alternative for fusion in the lumbar spine as an optimal treatment option for surgeons. 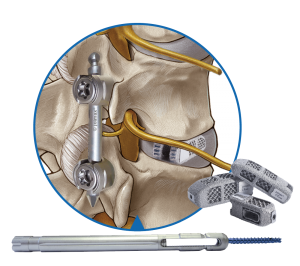 The company is busy on inventing and innovating next minimally invasive systems with regards to newer implants based on the EndoLIF® technology but also decompression methods based on its endoscopic systems. This will now be completed with Intracs®, the new Interaoperative Navigation Tracking & Control System with which joimax® instruments can be navigated directly at the tip. The Intracs® Navigation and Monitor Unit is integrated in the joimax® Endoscopic Tower and all necessary tools are tailored for the TESSYS® (transforaminal) and iLESSYS® (interlaminar) procedures as well as for minimally invasive stabilization procedures, like EndoLIF® (Lumbar Interbody Fusion) and Percusys® (Percutaneous Screw-Rod Stabilization).

Founded in Karlsruhe, Germany, in 2001, joimax® is the leading developer and marketer of complete systems for endoscopic minimally invasive spinal surgery. With TESSYS® (transforaminal), iLESSYS® (interlaminar) and CESSYS® (cervical) for decompression procedures, MultiZYTE® RT (e.g. for rhizotomy) and with MultiZYTE® SI for SI-Joint therapy or with EndoLIF® and Percusys® for endoscopic minimally-invasive assisted stabilizations, proven endoscopic systems are provided that, together, cover a whole variety of indications.

With the newly launched Intracs® system, navigation is now faster, safer and more accurate than ever before using an electromagnetic (EM) field. 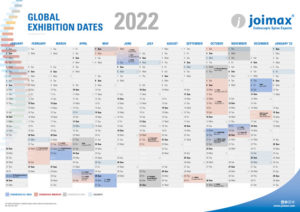