One of the key trailblazers in endoscopic spine surgery, Dr. Parviz Kambin, was the first surgeon in the world to highlight the potential of transforaminal endoscopic access as the natural access channel for herniated discs (TESSYS® = Transforaminal Endoscopic Surgery System).

In a series of trials on anatomical specimens, he identified a working area within the intervertebral foramen through which the spinal canal can be safely accessed. Since this safe zone is roughly triangular in shape, it was named ”Kambin‘s triangle.“

Setting the Pace for the Future

Together with SMISS (Society of Minimally Invasive Spine Surgery), joimax® established the Parviz Kambin Award in 2011. The award honors spine surgeons who have notably excelled in advancing endoscopic spine surgery, particularly in the use of transforaminal access techniques. It has come to symbolize the importance of continuous development, from early advances toward a sustainable future in endoscopy. 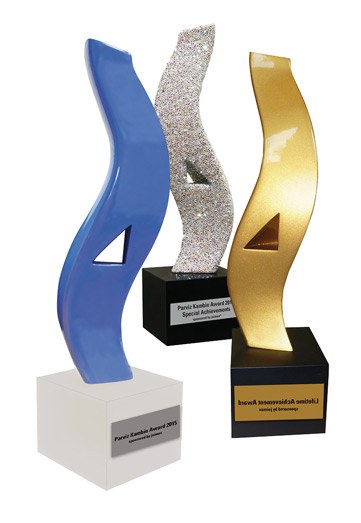 The Parviz Kambin Award was presented for the first time in April 2011, during the international joimax® user meeting at the Annual AANS Congress in Denver (Colorado, USA).

Dr. Parviz Kambin was the first Surgeon world­wide, who described the transforaminal endoscopic access to disc herniation1. joimax® registered and therefore named its first endoscopic system TESSYS® (Transforaminal Endoscopic Surgery System). In experimental test series on specimens, he identified a workspace within the intervertebral foramen, through which the spinal canal can be accessed safely. Because this safe zone is somewhat triangular shaped, it was named the “Kambin triangle“.

The posterolateral transforaminal access route offers some significant advantages compared to conventional posterior approaches. Since the foramen is a natural opening to the spinal canal, no muscles, no bone and no ligaments need to be rese­cted to access the spinal canal. Therefore, it is a far more gentle tissue-sparing technique as compared to microsurgery. It presents less scarring, less complications and a faster recovery, thereby speeding up the time for patients to return to work2,3,4,5,6,7,8,.

Based on all those aspects, Dr. Parviz Kambin has significantly helped lay the groundwork for endoscopic minimally invasive spinal surgery and especially for the transforaminal access technique “TESSYS®”. 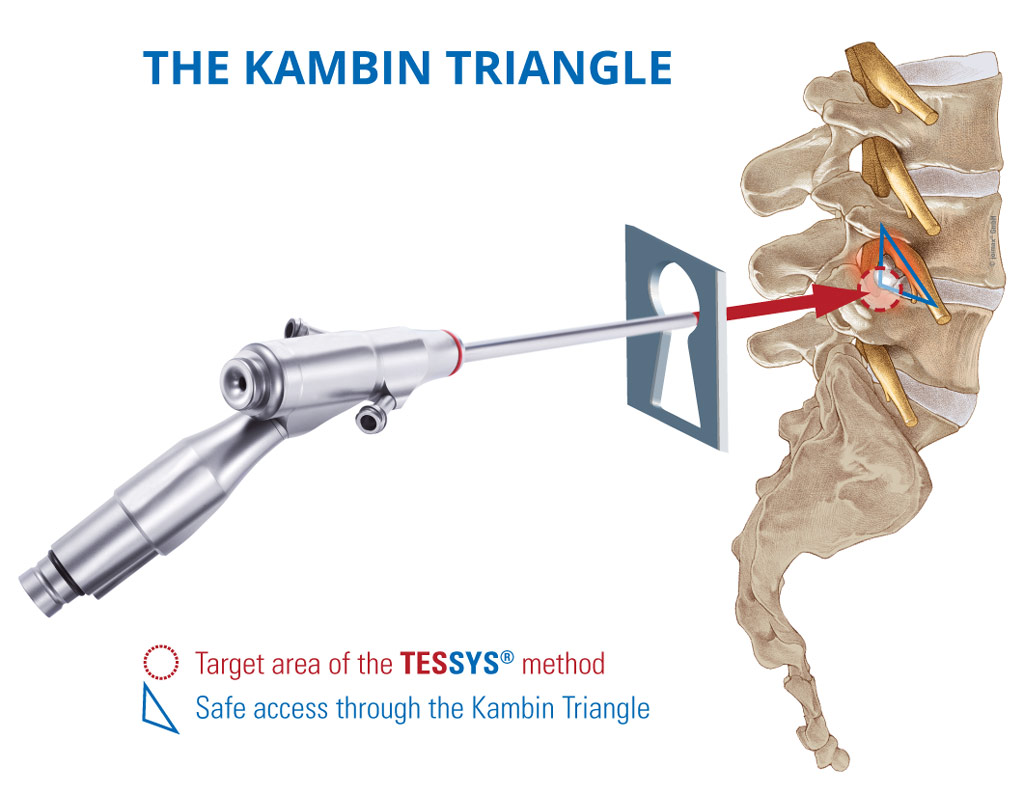 Dr. Parviz Kambin was the first surgeon, who described the transforaminal endoscopic access to herniated discs. This access, through the opening in the intervertebral foramen, is considered by experienced surgeons to be the gentlest procedure currently available – the ”gold standard“ in disc surgery.

Previous winners of the Award 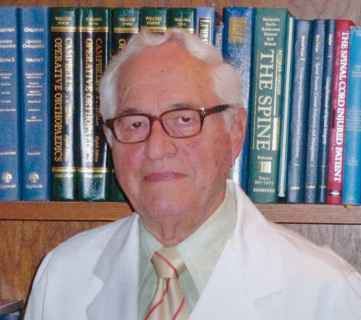 Dr. Parviz Kambin (May 21, 1931 – March 29, 2020) was born in Tehran, Iran. He received his doctorate degree in medicine from Tehran University Faculty of Medicine in 1956. He continued his post-graduate training as an intern at St. Joseph‘s Regional Medical Center.

He then moved on to do a four-year residency at New Jersey Orthopaedic Hospital and New York University, and received his American Board Certification in Orthopaedic Surgery in 1965.

Kambin is a Professor of Orthopaedic Surgery and has an Endowed Chair of Spinal Surgery at Drexel University, College of Medicine. He has been recognized by the College of Physicians of Philadelphia and his work in part has been exhibited in the Mutter Museum. Together with several colleagues, he assisted in the establishment of the International Society for Minimal Intervention in Spinal Surgery in 1988 and was elected the first president of the society in 1990. He coined the term „Minimally Invasive Spinal Surgery“ and is credited in the Dorland‘s Medical Dictionary for describing the Kambin Triangular Working Zone.

Parviz Kambin‘s contributions to the field of spinal surgery have been recognized both in the medical circle and the Surgical industry. Kambin‘s early experimental work, with the debulking of the nuclear mass began in 1970. By utilising a series of cadaveric studies at the University of Pennsylvania and The Graduate Hospital, Philadelphia, he developed instruments and described the anatomy and the path of the lateral access to the spinal canal for access and removal of the herniated disc fragments.

He subsequently began his experimental work on the efficacy of the postero-lateral access to the herniated lumbar discs. Kambin‘s preliminary study of nine patients who underwent lateral discectomy was published in the peer-reviewed Journal of Clinical Orthopaedics and Related Research in April 1983, and is considered to be the first publication on this subject in western literature9,10. He is also credited with 34 US and European patents in the field of minimally invasive spinal surgery.